Last month I decided that enough was enough, the time had come for me to finally admit to myself that I am a good weather astronomer. I hate the cold and more than that I hate the palaver involved with dragging equipment in and out and setting it up.

There; I have admitted I am a LAZY astronomer who would rather sit in the warm with my PST.

However as I also enjoy watching the Moon and exploring, the time had come for me to throw in all the latest technology and go back to basics.

Since Simon and I had worked with our friend Patrick (Moore) assessing the range of Skywatcher telescopes, we had two ourselves that have in fact been reviewed here. The ED100 100mm APO (reviewed in great detail by Antony) and the 80mm Equinox I reviewed some time ago, so on the scope front Simon and I were happy.

The problem lay with the laborious setting up of the EQ mount every time. Now I know we have a permanent observatory in the garden, but again it takes fifteen minutes to secure after a night viewing, in the cold, and that often puts me off.  So here is our solution.

Ever since Antony brought his Giro mount to Culloden many Moons ago (I have a good memory) I had considered buying an alt-az, and did get a SupaTrak, but it still needed setting up. Well last month I bit the bullet and bought the older version of the William Optics EzTouch, the silver version, and you will find out why the older version later on.

It arrived very well packaged. You need to actually see the mount up close and personal to appreciate just how heavy and large it is - it puts many an EQ head to shame, and the engineering (it is made for W.O. by AOK Switzerland) is second to none. 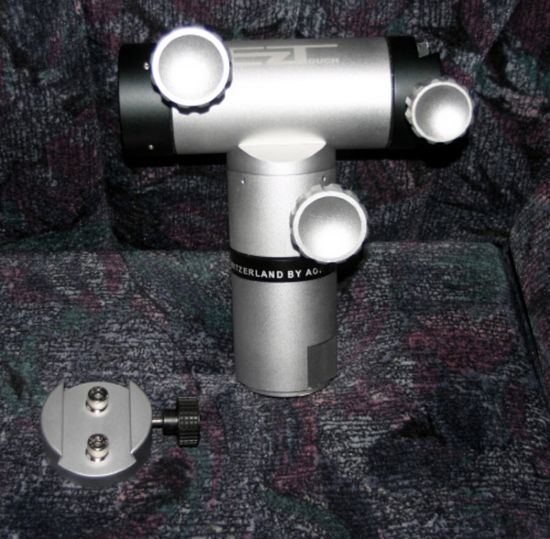 Because I wanted to mount both scopes I needed an additional cradle. Thanks to Antony I located a photograph of what I needed and in fact ordered one from Ian King for £25. The EzTouch has a standard Vixen mount one side and a flat drilled plate the other allowing you to mount most scopes or accessories.

With the additional plate attached I was ready. Now note the NEWER ‘plastic’ knob, which is what the newer version of the mount uses, and compare this with the older ‘engineered’ alloy bolts.  The older unit oozes class. 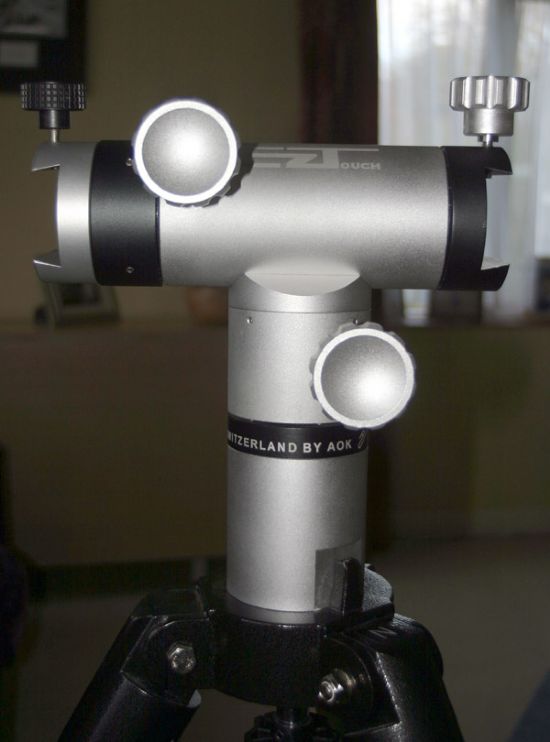 Mounting the head was a doddle. I have an EQ5 mount, and simply removing the EQ head and screwing the EzTouch in place on the tripod took less than five minutes. 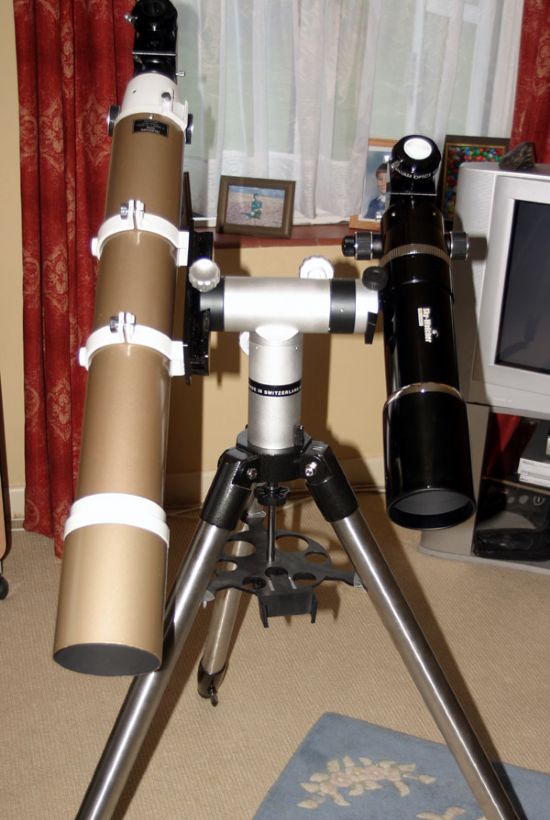 With the two scopes mounted it was a dream. (picture 3 and 4 here), The adjustments to tension could not be easier! Once the ‘scopes are balanced with eyepiece and diagonal you can move with no effort from one view to another. 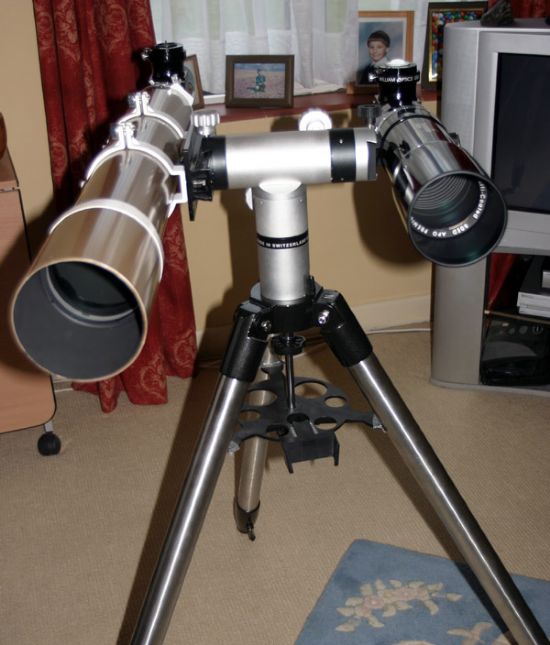 One thing I did notice was that when I looked through both scopes when they were out, they were not completely aligned on the same target: one was a few degrees different to the other. No, nothing in any instructions about this, so looking at the mount (picture 5 here) I could see there were four small grub screws needing a small hex key to adjust. A slight loosening of these allowed the plate to move! Hey presto: Adjust, check, perfect alignment, tighten them again - job done. 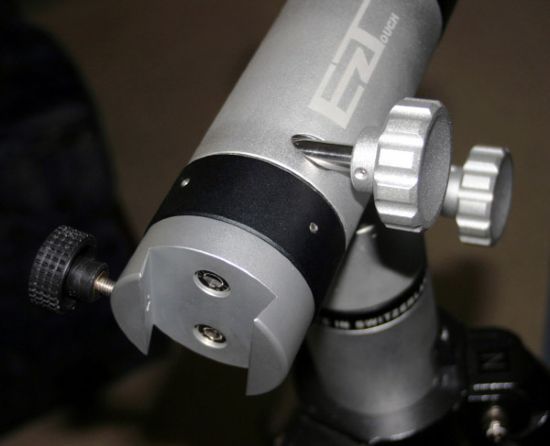 I have not looked back! For a throw in the car mount and scope it is as fast as a Dob, and better; it has been used for bird watching, day trips and astronomy. I can honestly say I wish I had bought one years ago!