Galaxies and The Monsters Within

Nestled in the Sagittarius arm of our Galaxy sits our solar system, a tiny fragment of a much larger swirl of stars floating in the inky blackness of space. Our galaxy, like all galaxies, is a giant collection of stars, gas and stellar remnants, and is based on just one of a number of designs.

Dwarf galaxies are small and irregular in shape with perhaps as few as ten million stars. There are thought to be more of this type of galaxy than any other in the universe. Out of the 30 or so galaxies in our Local Group, only three are large spirals, the rest are dwarf galaxies. Ultra Compact Dwarf galaxies are a class of very compact galaxies only recently discovered. Only about 200 hundred light years across, they contain a high ratio of stars to their size. They are thought to be the cores of elliptical galaxies that have lost their outer layers of stars and gas due to close encounters with other galaxies.

Dwarf galaxies by their very nature are difficult to view but two excellent examples are the Magellanic Clouds that can be seen with the naked eye, though only from the southern hemisphere, as bright fuzzy patches south of the Milky Way. 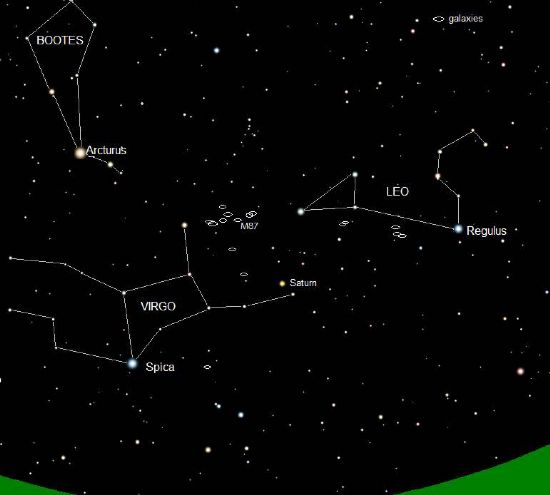 Spiral galaxies are probably the most well known and thus the form we have in mind when imagining what a galaxy looks like. These are made up of three components: a flat, rotating disc consisting of stars, lots of gas and dust, and divided into two or more spiral arms; a central bulge, packed full of old stars and finally, a fainter halo of stars surrounding the disc and bulge. It is here, within the halo, that most of the globular clusters within a galaxy are found swinging around the galactic centre.

The spiral arms are areas of enhanced density (known as density waves) that rotate around the galactic centre more slowly than the stars and gas within the galaxy. As gas moves into these density waves it is compressed, triggering the birth of new stars. The spiral arms are thus marked by areas of ongoing star formation and appear bright because of the many hot, luminous and short-lived stars that reside in them.

Our Galaxy is known as the Milky Way. It is a hundred, thousand light years across and contains perhaps two hundred, thousand, million stars. It is thought to have four main spiral arms and a spur where our solar system resides. On Moonless nights from a dark sky site we can see it arcing across the sky like a glittering band.

Approximately half of all spiral galaxies have a bar like structure extending from the central bulge with the spiral arms appearing to originate or extend from the ends of the bar. It was only in the 1990s that it was confirmed that our Milky Way galaxy is a barred spiral.

There are two other spirals in our local group of galaxies: the Andromeda and Triangulum galaxies, both of which can be found in the west in the early evening.

The most common form of galaxy is the elliptical. They have an ellipsoidal profile, hence their name, but depending on the viewing angle may appear anything from nearly spherical to highly elongated. These galaxies contain very little gas so have a very low rate of star formation and are therefore dominated by older stars, which orbit the galactic centre in a random fashion.

The largest galaxies are giant ellipticals which are thought to have formed through collision and merger of other galaxies and are often found near the centres of large galaxy clusters. M87 is the largest known elliptical galaxy. It is found in the Virgo cluster, which is a collection of thousands of galaxies, and is about ten times as massive as the Milky Way. It has a very unusual feature – a jet of hot gas that shoots into space for thousands of light years. This is thought to be caused by an enormous black hole up to three billion times as massive as our Sun. The black hole’s powerful magnetic field lines entrap ionised gas, concentrating the particles in a beam, which is then propelled outwards in opposite directions from the accretion disk surrounding the black hole, at nearly the speed of light.

Intermediate in form between spiral galaxies and elliptical galaxies are the lenticular galaxies such as the spindle galaxy in the constellation of Draco. Lenticulars contain a disc like a spiral galaxy but have used up all their gas and so have little, if any, star formation and most of the stars are old like those in an elliptical galaxy. Any dust is concentrated at the nucleus and the spiral arms are ill defined.

Most galaxies appear to have a black hole at their centre. Some black holes are quiescent; the gas and stars out of reach of their immense gravitational pull. Others are actively feeding becoming powerful radiation sources that can be easily detected on Earth. Quasars, which are the most luminous and energetic objects in the universe, are the bright centres of young galaxies that are powered by mass being pulled into a supermassive black hole. They produce incredible amounts of energy for something so far away from us – most are found on the outskirts of our universe. 3C 273 is a quasar, and at a distance of 2.44 billion light years and shining at magnitude12, is one of the most distant objects that can be seen with an amateur telescope such as the one at our observatory.

The universe is a gargantuan stage upon which chaos reigns with galaxies racing towards one another at incredible speeds and with the inevitable consequences. In the process of any galactic unification, the colliding galaxies begin an elaborate dance with one another as they become caught within the web of their gravitational fields resulting in a picture of violent beauty. The Hubble Space Telescope has captured many images of these interacting galaxies, which have been given names such as “The Mice”, “Antennae Galaxies”, “The Tadpole”, “The Cosmic Bird”, etc.

Amateur telescopes cannot begin to show the exquisite detail of many of the galaxies within the cosmos, that’s where a large telescope and long exposure photography is required. However, seeing any of these island universes (albeit as a smudge perhaps) through a small telescope, engages our sense of wonder as we realise that we, too, are just a smudge in the vastness of space.