Continuing from last week, we’re staying in Orion and investigating the area known as Orion’s Sword. This region is a short distance below the middle star of the belt (Alnilam) and should be easily located with the naked eye, appearing as a vertical line of three ‘fuzzy stars’ (image 1). The main object of interest this week is the middle of these ‘fuzzy stars’, and is designated Messier 42 (M42) - better known as the Great Orion Nebula.

Messier 42 (M42) belongs to French astronomer Charles Messier’s catalogue of objects. Messier was a comet hunter, and became frustrated with ‘faint fuzzy’ objects he mistook for comets. He decided to log them so he wouldn’t make the same mistakes, and his eponymous catalogue of 110 objects is now used by many amateur astronomers as a target list. Indeed, many of the objects in this series will be Messier catalogue objects.

Pointing your binoculars to the middle of the sword, the nebula should be immediately obvious as a large, hazy patch with two ‘wings’ extending out sideways from the top (see image 2, but note that the image of the nebula uses long exposure photography; the view in binoculars will be different). The nebula is a vast star forming region, and the bright stars appearing towards the top of the nebula are children of this stellar nursery. With good eyesight and/or a dark sky, you may be able to make out a distinct green hue to the nebula; an unusual detail for deep sky objects, which do not normally show any colour to the human eye. Spend some time letting your eyes ‘wander’ around the nebulous region, and see how much detail you can detect. Alternatively, just relax and enjoy the view; this is one of the most beautiful objects in the sky!

In addition to the famous nebula, there are two more worthy binocular targets nearby, and the first lies just above M42 in the upper region of the sword. Slowly pan your binoculars upwards from M42 and you should come across a small cluster of stars, as shown in the center of the simulated view in image 3. This is known as the “Coal Car Cluster”, and is designated Collinder 73 (Cr73). The cluster lies 1300 light years from Earth and consists of around ten or so 6th and 7th magnitude stars forming a distinctive shape; some see it as the ‘coal cart’ while others see it as a dog or even an alligator!

The second bonus object lies below M42 at the bottom of the sword and is part of a very sparse open cluster. Our target is not the cluster itself, but rather the particular star shown in the binocular view in image 4. This is designated HD36960 as part of the Henry Draper star catalogue and is in fact a double star.

Center the 4th magnitude HD36960 in the field of view and steady your binoculars as much as possible (sitting or lying down helps). Look just to the lower right of the star and you should be able to distinguish its companion - a fainter 8th magnitude star almost touching the primary. Most binoculars should show a clean split, but you may need to spend some time looking - patience, stable binoculars and good sky conditions are key.

Orion’s Sword is one of the most observed areas of the sky, yet it never fails to deliver fantastic views and new insights regardless of the instrument used. 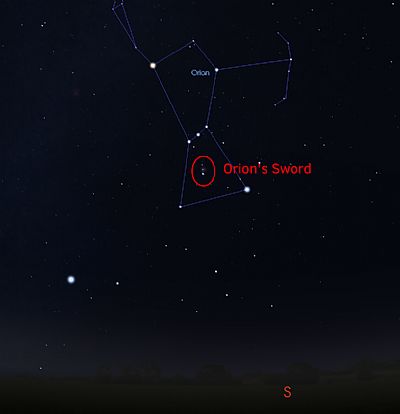 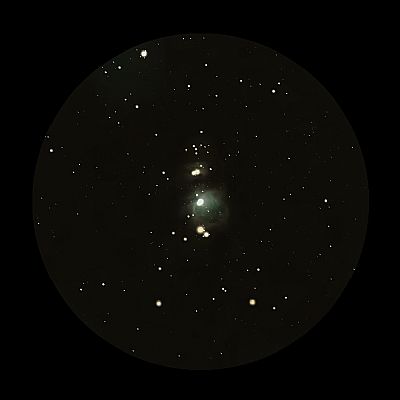 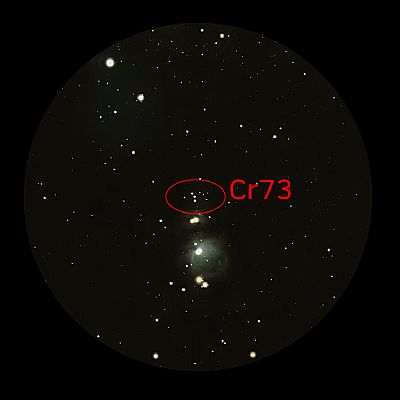 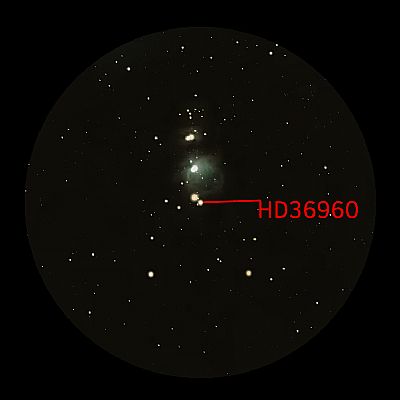