We’ve got a real treat this week with probably the best binocular object in the sky - the Perseus Double Cluster. This, as the name suggests, is a deep sky object comprising two separate but related clusters, each bright enough to be seen with the naked eye on a dark night.

To find this celestial delight, we’ll look to the North West and locate the constellation of Cassiopeia with it’s unmistakeable “W” shape, which is currently lying on its side, much like the Greek capital letter sigma (Σ). Although our target is known as the Perseus Double Cluster, and does indeed reside in Perseus, it is usually easier to find using Cassiopeia just next door.

Image 1 shows the wide view to the North West at around 21:30 (BST) towards the end of this week. Cassiopeia’s “W” shape is clearly visible, and we’re particularly interested in the two stars circled - Navi (the central star of the “W”) and Ruchbah (the bottom left star of the “W”). Once you’ve found these two stars, draw an imaginary line from Navi to Ruchbah, and extend this line for around twice the distance in the same direction. Having now crossed into Perseus, if you’re observing from a relatively dark site, you’ll spot a faint hazy patch in this area which is our target - Caldwell 14, NGC869/884 or simply the Double Cluster. The star hop is shown in Image 2

Aim your binocular at this patch of sky and you’re sure to be blown away by the view - two bright regions of fairly closely packed stars, and a surrounding field containing even more pristine points of light - this really is a stunning object for the binocular observer, and the author’s personal favourite. Image 3 shows an approximate binocular view for 10x magnification instruments (and shows the individual NGC designations), but the real view is if anything even more spectacular.

The two clusters are relatively young - around 13 million years old, compared with the Pleiades (M45) whose stars range from 75 million to 150 million years old. Both components of the Double Cluster are in fact moving towards the Earth at a speed of 24 miles per second, but at 7500 light years away (44089690000000000 miles) it will be a very long time before they reach us!

The Double Cluster really is a celestial jewel for binocular observers, both visually and mythologically! The Greek hero Perseus was well known for slaying Medusa, and possessed a sword beset with jewels - the Double Cluster represents the jewels of his mighty sword.

The Moon is almost in its full phase for much of this week, but late in the week will be low down in the East-Southeast so shouldn’t affect observations too much. Do try and observe this object under dark, rural and moonless skies though when you can - it is well worth the effort! 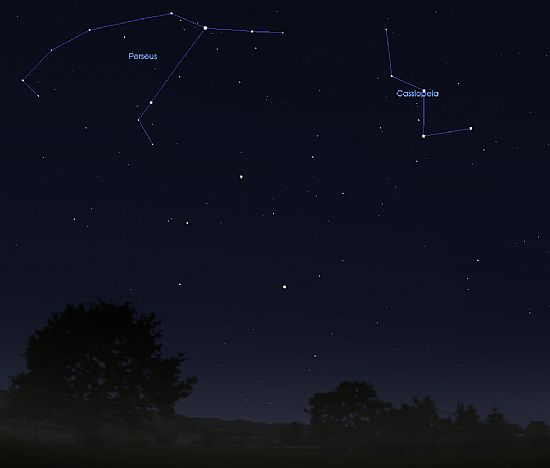 Image 1: Locating Cassopeia in the Northeast 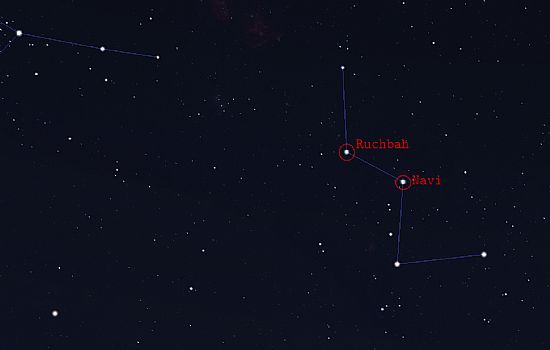 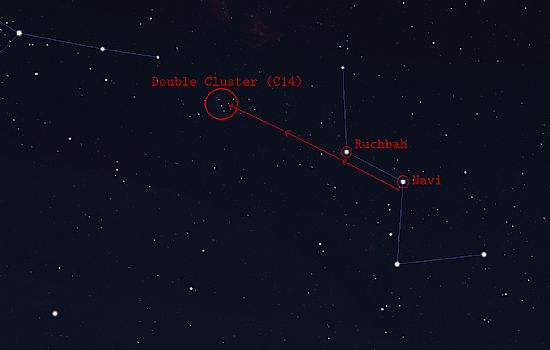 Image 3: Star hop from Navi to Ruchbah and on to the Double Cluster 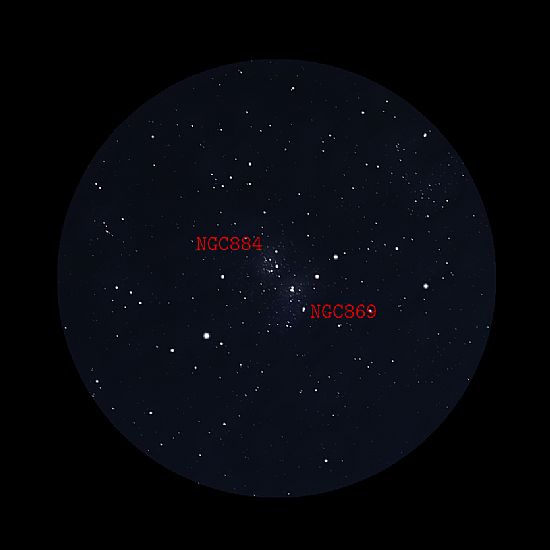