Early in December, looking due West and early in the evening (from 6pm), you will easily find Altair, a bright blue star low in the sky. Right above it, and just left of Albireo in Cygnus, is an area dotted with numerous small stars containing four little constellations sitting snugly side by side, like Christmas crackers in a box. And, like Christmas crackers, each of them contains something worth noting.

Furthest to the left, and just to the right of the red star Enif in Pegasus, you will find Equuleus, The Little Horse. It is the second smallest constellation in the whole sky and it is therefore not surprising that besides a double star for small telescopes (Epsilon), there is very little else to see here.

The same can perhaps be said for Delphinus, The Dolphin, which also contains little else than a double star (Gamma). This double star, however, is quite nice for those who have a small telescope. The constellation itself is quite distinct and the stars do seem to outline the shape of the messenger of the sea-god Poseidon. The four brightest stars form a small box known as Job’s Coffin. Two of these stars have very odd names; Sualocin and Rotanev. They first appeared in a star catalogue published in 1814 by the Palermo Observatory in Italy. Read backwards, these names spell Nicolaus Venator, the latinised version of Niccolo Cacciatore, who was the observatory’s Assistant Director at the time.

A little further to the right and very slightly down, you will find the distinct shape of Sagitta, The 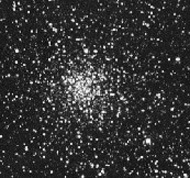 Arrow. This is the third smallest constellation and legend suggests that it represents an arrow shot by neighbouring Hercules. Sagitta lies in a rich area of the Milky Way and because of that it is somewhat peculiar to find a globular cluster here. M71 is visible in binoculars as a small and somewhat elongated hazy patch. It is usually classified as a globular cluster, a huge ball of stars. Globulars normally reside in an area away from our galaxy’s disk, hence the fact that you will find few in the Milky Way itself. M71 lies about 18,000 light years away and is somewhat of an enigma. Some characteristics suggests it isn’t really a globular, yet others do. You will need quite a large aperture to resolve this cluster into individual stars. 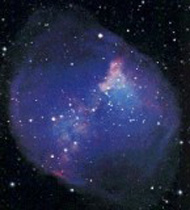 The last of our crackers is Vulpecula, The Fox. It was formerly known as Vulpecula cum Anser, the Fox and the Goose. I wonder what happened to the goose! Some star guides suggest that it is an uninteresting constellation, but contrarily, this constellation contains quite a few objects of interest. Here, in 1967, astronomers at Cambridge discovered the flashing radio stars known as pulsars. These are thought to be fast spinning neutron stars, the former cores of stars that met their end as a supernova explosion. Two notable objects for the amateur are the Coathanger, a delightful grouping of stars that is best seen in a pair of binoculars. The other object is M27, the Dumbbell Nebula. It is a large and bright planetary nebula, often regarded as the most conspicuous of its kind. It is visible in binoculars and small telescopes as an extended misty green glow, about a quarter of the width of a full moon. Larger telescopes give a hint of the double-lobe shape from which it takes its name.

For those with an interest in planets, this month sees the return of Mercury in the morning. It rises due South East at about twenty to eight, about an hour before sunrise. Be very careful if using a telescope, or binoculars, as Mercury is close to the sun. Stop viewing before the sun rises, unless you want a white stick for Christmas!

Talking about telescopes; this is the time of the year when lots of people buy a telescope, usually as a present for a child or someone else. Please note that telescopes of less than £100 - £150 don’t normally provide any satisfying views and are usually a waste of money. Consider spending the money on a good pair of binoculars. They provide an easy and excellent introduction to the night sky. Get 7x50s or 8x50s and stay away from zooms, high magnification and compact sports binos. The bigger the lenses the better. Click 'Equipment' on this website for more advice.