by Pauline Macrae and Andy Ferguson

Light pollution is usually known as sky glow – a brightening of the night sky due to the scattering of artificial light by aerosol particles (e.g. water droplets) and dust in the air. 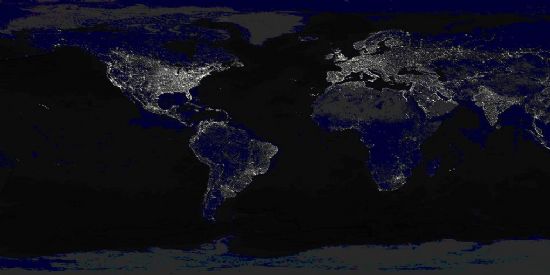 Light pollution is caused by artificial light that gets up into the sky because the design or installation of many light fittings allows a significant fraction of that light to be emitted above the horizontal allowing it to shine upwards. Currently, excess light, light pollution and light trespass are not classed as statutory nuisances or pollutants, unlike noise, and are therefore only subject to voluntary controls such as ‘Codes of Practice’, ‘Recommendations’ and ‘Advisories’, all or some of which can be ignored as required by councils to suit their particular requirements.

The countless stars, faintly glowing galaxies and nebulae, wandering planets, comets and meteors that we can see on a cloudless, moonless night have inspired religious beliefs, poetry, music and scientific enquiry. What has been available for all to admire for millions of years has slowly been removed over just 50 years by the inexorable increase of artificial light.

It should be possible to see about 2500 stars in the night sky but from many areas it is likely that only 25 of the brightest stars can be seen. From very badly light polluted areas you would be lucky to see any stars at all. Satellite photographs showing the extent of light spillage are very disturbing. All of the towns in the Moray Firth area, including the city of Inverness, are visible from 200 miles up in Space. 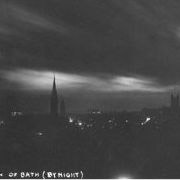 see the Milky Way. The Highlands are one of the few areas in the UK where the skies are truly dark – dark enough to see the galaxy in which we live. However, at the rate Inverness is expanding, we may soon lose this valuable resource. In the USA certain parks are deliberately kept free of lighting, treating their dark skies as a natural resource which needs to be preserved and managed, and many advertise dark skies as a feature of their tourist industries. Many towns and cities in the USA now have legislation to control light pollution and some countries in Europe are following suit, such as the Catalonia Region of Spain, many regions of Italy and notably Augsburg in Germany, one of our twin towns. Calgary in Canada is replacing all of its lights with full cut-off fixtures and expects to recoup the costs in just six years with substantial savings accruing thereafter. The Czech Republic is the first country in the world to enact sweeping nationwide legislation prohibiting the emission of light above the horizontal and heavy fines can be imposed for non-compliance.

It is not just astronomers (amateur and professional) that are affected by light pollution; the tax paying public are too. It is estimated that Britain wastes millions of pounds through inefficient usage of light, costs which are borne by taxpayers and ratepayers, with the excess light produced causing increasingly severe light pollution.

The average British street lamp casts a third of its light upwards into the sky, wasting a huge amount of energy as well as money. Energy requires the consumption of scarce fossil fuels, which in turn produce CO2 when burnt, in order to generate electricity,. This contributes to global warming and acid rain. For every kilowatt-hour of electricity used, almost two pounds of CO2 and almost two grams of sulphur dioxide, responsible for acid rain, are emitted into the atmosphere.

Light pollution can be greatly reduced by using properly designed light fixtures which direct light only downward, and mounted at the proper height to do their job, whilst avoiding glare and light trespass. These are known as full or semi cut-off lamps. Modern full cut-off streetlights deliver the same amount of light to the ground as older wasteful designs but use less power thus reducing the amount of energy used, which saves money and reduces the quantity of greenhouse gases released into the environment, something which the Government is required to do by the Kyoto Protocol.

It’s the wasted money and overproduction of CO2 that councils and Governments could focus on. The Kyoto Protocol wants Governments to reduce greenhouse gas emissions to help combat global warming and all its associated problems. Many countries, of which Britain is one, are required to reduce their greenhouse gas emissions, CO2 being one of the most important, by 8% and at least by 5% from 1990 levels by 2008 – 2012. By reducing light pollution we could go a long way towards achieving this target and a lot of money could be saved. So, when existing street lamps become due for replacement, new lamps should ideally be full or semi cut-off and, at the very least, in keeping with best practice guidelines, as laid down by the Institute of Lighting Engineers.

The Inverness Lighting Department assure us that they do have a policy with regard to preventing light pollution and that they follow the guidelines issued by the Institute of Lighting Engineers. Indeed, many of the main roads are now lit with semi or full cut-off lights, thus directing light downwards. This is particularly noticeable when approaching Inverness on the A9. Unfortunately, there are also many examples of poor lighting. The decorative lantern lighting which can be found illuminating the RNI car park, lining both sides of the river and straddling Friars Bridge. The powerful lights used by the football ground can be seen on the other side of town, various monuments and surrounding sky glow with coloured light beams and most of the streetlights next to houses allow light to escape in many directions, lighting up our sky instead of being directed to where it is needed. Light which escapes outwards and upwards not only destroys the beauty of the starry night but actually hinders the eyes' ability to see by creating both glare and deep, dark shadows. Along roads, poorly designed lighting may affect a driver’s vision in much the same way as do oncoming full-beam headlights. Unsuitable lighting can increase risks for drivers and pedestrians as well as for maritime and air traffic. Security lighting involves unnecessarily high wattage bulbs which illuminate other people’s properties as well as the sky. The dazzle thus produced can allow burglars to safely work in the dark shadows created by the bright lights. It is not necessary to use more than 150 watts for this purpose and, by using correctly aligned and installed passive infra-red detectors, this is sufficient to deter anyone with criminal intent. Unnecessary night time lighting, particularly decorative floodlighting, shop lights, advertising boards and sports floodlighting could be switched off at 11 pm, thus reducing light pollution and saving money.

All living things adjust their behaviour according to natural light. Unfortunately, excessive light at night causes physiological problems for plants, animals and humans. Birds often collide with high-rise buildings or die from exhaustion due to getting lost in the maze of brightly lit skyscrapers, alleys and corridors in cities. Poorly controlled outdoor lighting disrupts wildlife habitats and affects the behaviour and survival of many nocturnal species, including owls, bats, frogs and insects.

There is a real concern with artificially generated light at night because of the way it is thought to affect our bodies. The light-dark cycle is the main way in which Circadian rhythms such as sleep, temperature, and production of the hormones melatonin, cortisol and the thyroid stimulating hormone are synchronised. These physiological variables rise and fall with a period of about 24 hours and have regulated our bodies for millions of years. Light at night can disrupt these Circadian rhythms and by tampering with these cycles, in particular with melatonin production, our health may be affected, making us more prone to illnesses such as heart disease and cancer. Melatonin is an important hormone that affects sleep, ageing, reproduction and also boosts the immune system and regulates the production of other hormones. For normal levels of melatonin to be produced, darkness is required, but if the body is exposed to even low light levels, production will stop. It’s this lack, or very low levels of melatonin, which has been implicated in contributing to some illnesses, particularly cancer. In addition, our immune system is most active at night but has been found to become weaker with exposure to even small amounts of light at night. The human body has evolved to perform at its optimum physical and mental levels with a natural light/dark cycle.

We (HAS) were involved with the enquiry into Light Pollution and Astronomy conducted by the Government’s Science and Technology Committee. A copy of our submission to the enquiry can be read here, and the Committee’s findings can also be read here. (Please note these are in .pdf format)

The Council for the Protection of Rural England has recently launched its Night Blight Campaign. We hope that by lobbying the Council and Government we can persuade them that light pollution is something that can, and must, be reduced and eventually prevented. It is the quality of the light that is important not the quantity. Light pollution is a form of pollution that can be reversed, but only if we do something to try to effect a change.

The Night Sky in the World and World Atlas of Artificial Sky Brightness www.lightpollution.it/dmsp

Write to your local Councillor; name and address can be provided, or find it on the council website www.highland.gov.uk/

Complain to your MP, MSP, or both. Or click here to go to a website that will allow you to send them an email directly.

Back to "Light Pollution"