Click here to see an index of all News articles.

Gerry and Dave "on the step" 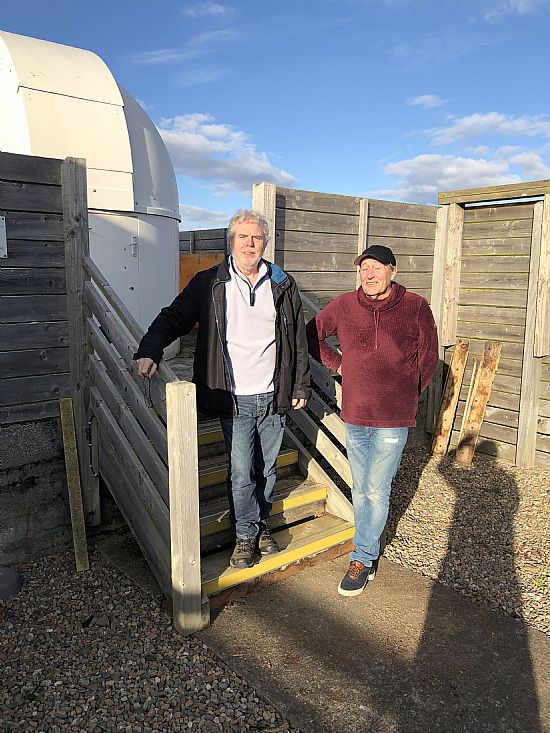 At our last Observing Session it was noticed that the bottom step leading up to the observatory was a wee bit springy and gave us cause for concern.  On later inspection it was found that the step was rotten and needed replacing.

On a dry, windless, autumn Wednesday afternoon a small team consisting of Gerry Gaitens, Dave Davidson, and Eric Walker were tasked with installing the £14 replacement step which had been bought by Pauline Macrae.

After much sawing, kicking, pushing & pulling the new step was successfully installed and tested for "fitness of purpose" by Gerry and Dave.  It passed the test!

The Observatory will need a detailed inspection throughout and immediately after this observing season as it is now in its eleventh year and we need to ensure we maintain it well for the long term.

Looking forward to seeing everyone up there this season.

Will be updated on the day