This week we’re focusing our attention on the very top of Orion and its border with Taurus. Our targets are a large open cluster, Collinder 65 (Cr65) and a ‘carbon star’, 119 Tauri (The Ruby Star).

Collinder 65 is a member of the Collinder catalogue of 471 open clusters published in 1931 by Swedish astronomer Per Collinder. Many of the Collinder objects are larger scale clusters - perfectly suited to binocular observations.

We are now familiar with finding the constellations of Orion and Taurus from previous guides, so this time we’ll jump right in and locate the cluster as shown in Image 1. An easy trick to find Collinder 65 is to use the top part of Orion as an arrow - Image 2 is annotated to show how we can use the triangle of Betelgeuse, Bellatrix and Meissa to point straight up to our target cluster.

Image 3 shows a typical binocular view of the cluster. Collinder 65 is a large (more than 3 degrees), sparsely populated open cluster consisting primarily of 4th-6th magnitude stars, and is in fact one of the lesser known bright clusters in the sky, despite its considerable size. Whilst observing the cluster, look at the colours of its main stars - mostly white and shades of blue. These stars will provide an interesting colour contrast for our next target.

Collinder 65 also harbours our second object this week - an interesting star designated 119 Tauri, and known as “The Ruby Star”.

In the previous guide, we learned about Bayer designations in relation to a double star Tau Tauri. The star featured in this week’s guide uses the other common system - Flamsteed designations. These consist of a number followed, like the Bayer system, by the Latin genitive of the constellation. The Flamsteed numbers were originally assigned in order of the star’s ‘right ascension’ coordinate (the celestial equivalent of longitude - ‘declination’ is the latitude equivalent) by English astronomer John Flamsteed in the 18th Century. In this case we have the number 119, indicating that in Flamsteed’s time, it was the 119th star in right ascension in Taurus.

119 Tauri is located in Collinder 65, and is in fact easily visible to the naked eye. Image 4 shows 119 Tauri in relation to Orion and Collinder 65, and Image 5 shows the binocular view centered on 119 Tauri. You should immediately realise why it’s commonly known as ‘The Ruby Star’ due to its deep orange/red hue.

This is due to the star’s atmosphere containing more carbon than oxygen, forming carbon monoxide. The carbon monoxide uses up all the oxygen in the star’s atmosphere, and leaves excess carbon which can bond with other elements to form different carbon compounds - effectively creating a ‘sooty’ atmosphere. The light from the star must then pass through this sooty atmosphere, which creates the vivid red appearance. 119 Tauri is a red supergiant star, with a diameter around 600 times that of our Sun, and it lies around 1800 light years from Earth.

With a bright moon appearing in the sky early this week, the best time to observe these two objects is towards the end of the week when the moon will be low in the sky at around 20:00. 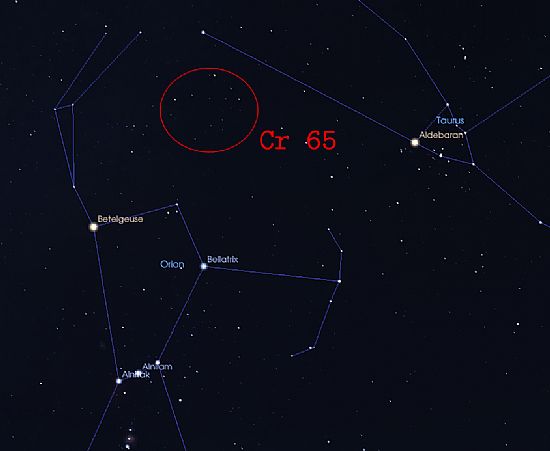 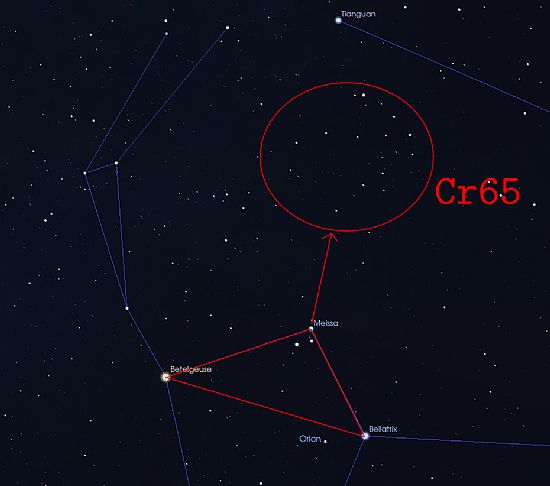 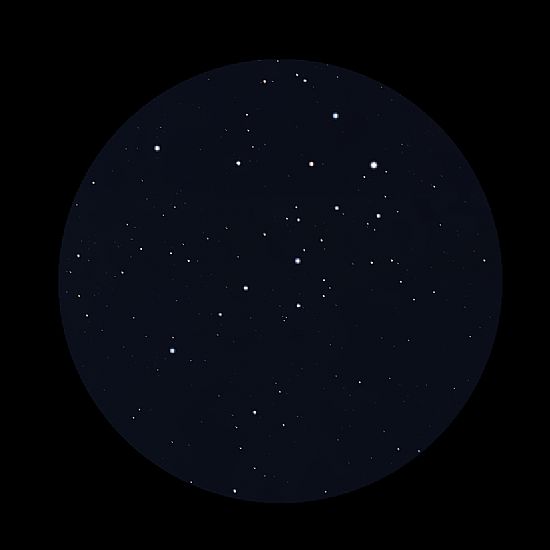 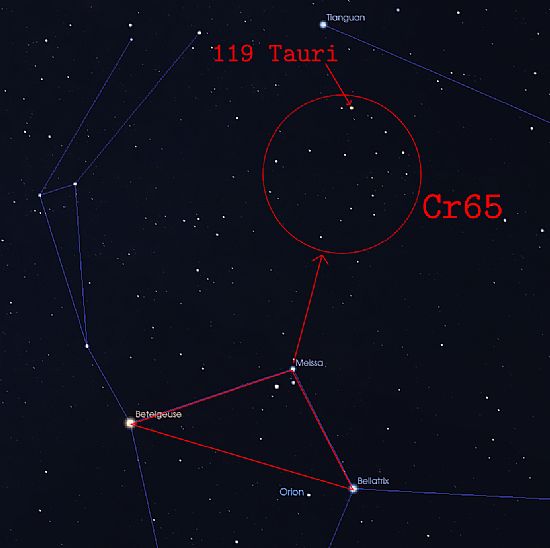 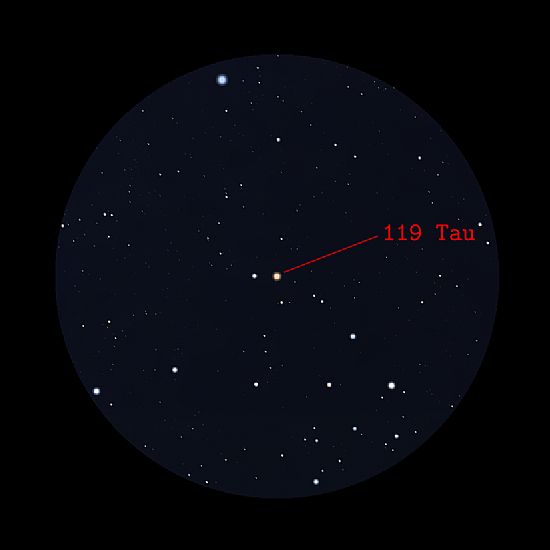