This week we’re looking at another new constellation, and one which is easily missed! Cancer is a small constellation currently in the SSE at around 20:00, and despite its small size it does harbour a few celestial delights. Our targets are Messier 44, known as the Beehive Cluster, and the double star Zubanah (Iota (ι) Cancri).

The constellation of Cancer can be a little tricky to find the first time around, so we’ll use a star hop to help us. First locate Sirius, the brightest star in the night sky, almost due South at 20:00 this week. Then hop from Sirius up and to the left until you reach another very bright star, Procyon. Extend a line in roughly the same direction and for the same distance, and you will arrive at our target constellation, Cancer (the crab). Image 1 shows the star hops and the location of Cancer.

The most obvious part of the constellation consists of two bright stars (Asellus Australis and Asellus Borealis) in a near-vertical line, and it is in this region that we find our first object. As shown in Image 2, point your binocular to the area between these two stars, and then pan slightly to the right - you will be rewarded with a sparkling vista of stars. This is the rich, large open cluster Messier 44, known as the Beehive Cluster, and it lies at a distance of 577 light years from Earth. There are a number of appealing star patterns and colours in this cluster, so sit back and relax as you take in the view; this is a stunning binocular object! Image 3 shows a simulated view through a 10x binocular. Messier 44 can also be seen with the naked eye, so when you’ve filled your boots with the binocular view, take a moment to see how many of the brighter members you can distinguish.

Our second object this week is a double star called Zubanah, and designated Iota (ι) Cancri under the Bayer system we learned about a few weeks ago.

Locating this double is quite easy - we simply move along the ‘constellation line’ of the Crab from the upper of the two stars mentioned earlier, Asellus Borealis. Following the line to the upper left of this star leads us straight to our double star Zubanah, a bright 4th magnitude golden star easily seen with the naked eye. Image 4 shows the location of Zubanah relative to the rest of Cancer, and Image 5 is an approximate view showing the star field you will see when centered on Zubanah with a 10x binocular.

Zubanah’s two components appear pretty close together for binocular observers, so it might take a little patience and a very steady binocular to separate them. The primary is the golden Iota Cancri A, with the fainter secondary Iota Cancri B appearing at the 1 o’clock position. With good skies, a steady view and some time, you may be able to discern a blue hue in the secondary - this indicates that this star is younger and hotter than its golden companion Iota Cancri A, which is classified as a yellow giant star. The pair lie around 300 light years from Earth, and the view is just as nice, yet different, in a telescope, so do come and join us at the JSL Observatory to see for yourself… 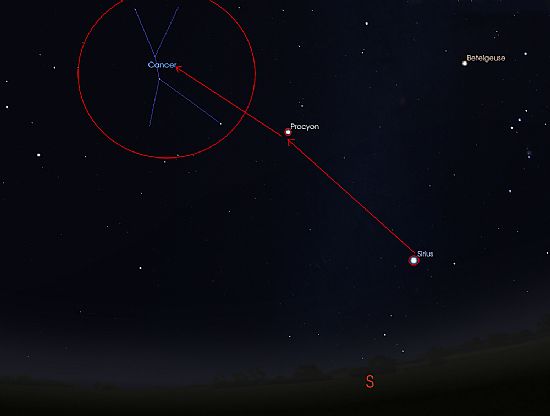 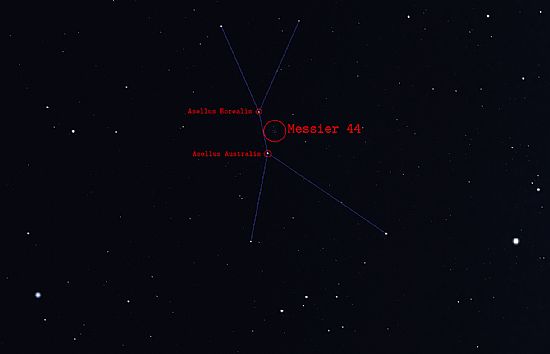 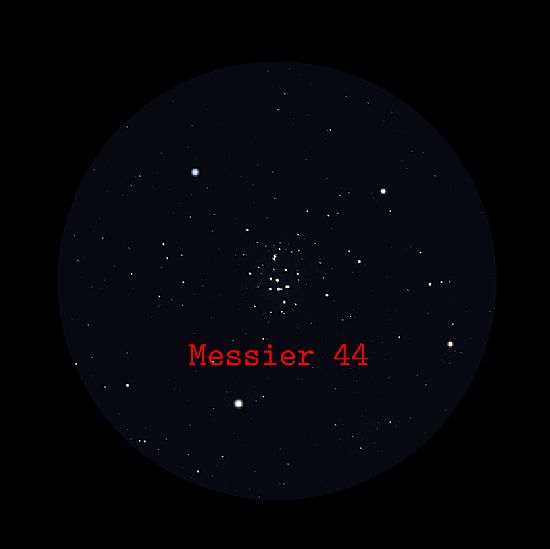 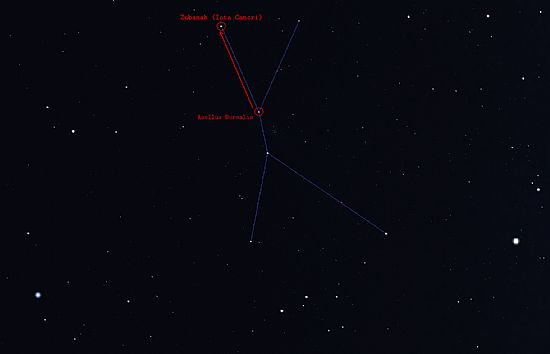 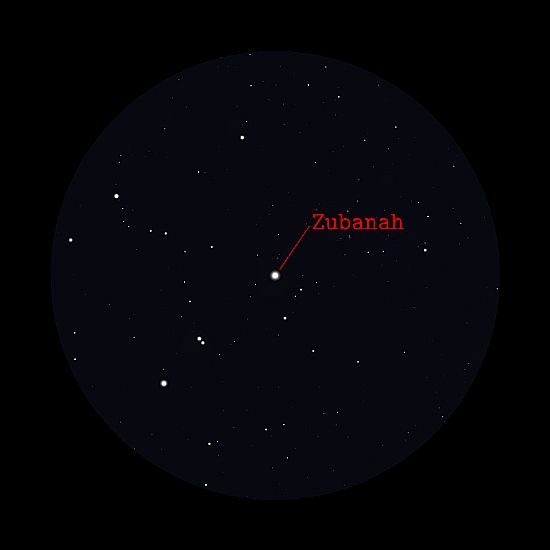